Grade point average (GPA) represents a student’s overall academic performance by taking into account all the grades he or she has received so far.

It represents how well (or not so well) a student is doing in his or her courses. When compared to the expectations outlined for a university course or degree program, GPA can determine whether a student meets these criteria or not.

Here’s how GPA works in high schools and colleges in the United States:

Thinking of going to graduate school or medical school after college?

If so, a student needs to pay attention to his or her GPA. GPA matters significantly when it comes to the application process.

A high GPA is also a factor in the hiring process for many careers. A high GPA can indicate to interviewers that a student has a strong work ethic. 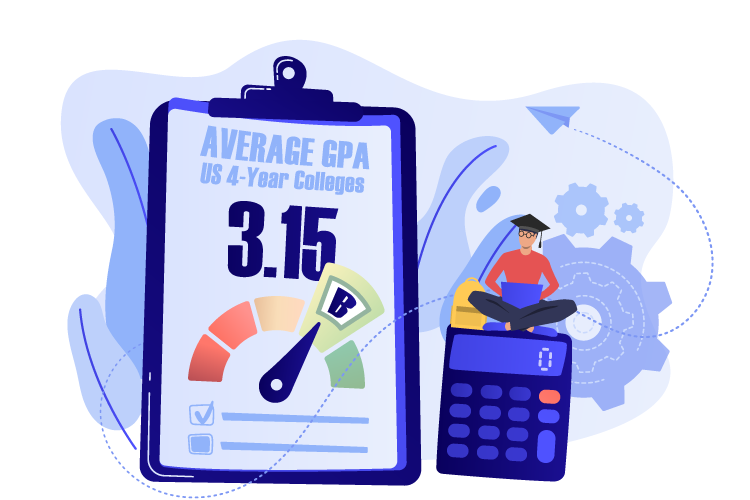 Prep Scholar states that the average GPA for students at four-year colleges in the US is around 3.15, or roughly a B average.

Over the years, there has been an increase in “grade inflation.” This is a form of grading leniency, where students are given a higher grade than they would have received if they had enrolled a few years earlier. A C grade used to be considered average, but now a B grade is considered average.

Grades begin to count as soon as a student enters 9th grade – this is the time when GPA starts to be calculated.

If students already have a college in mind that they would like to attend after high school, they should research the GPA criteria for admission. This will help them to set specific academic goals.

Think Impact states that the average US high school GPA is 3.0.

Universities With the Highest Average GPAs

Researchers at Ripple Match collected composite data of tens of thousands of students on their platform and their self-reported GPAs.

The findings concluded that the top 10 universities with the highest average GPAs include:

Common Core of Data analyzed data from 40,000 high school students who submitted their GPAs to the Insurify website. The findings show that the following ten states had the highest GPAs.

Over the years, there has been a shift in the trend for average GPAs. To put this into context, Grade Inflation has collected data for both public and private schools to show changes in average GPA from 2000 until the present.

Some schools that were relatively immune to grade inflation experienced significant consumer-era inflation (rising cost of tuition) in the 2000s. Many flagship state colleges in the Midwest have recently experienced relatively low inflation rates for tuition.

According to Grade Inflation data, private schools have higher GPAs than public schools. 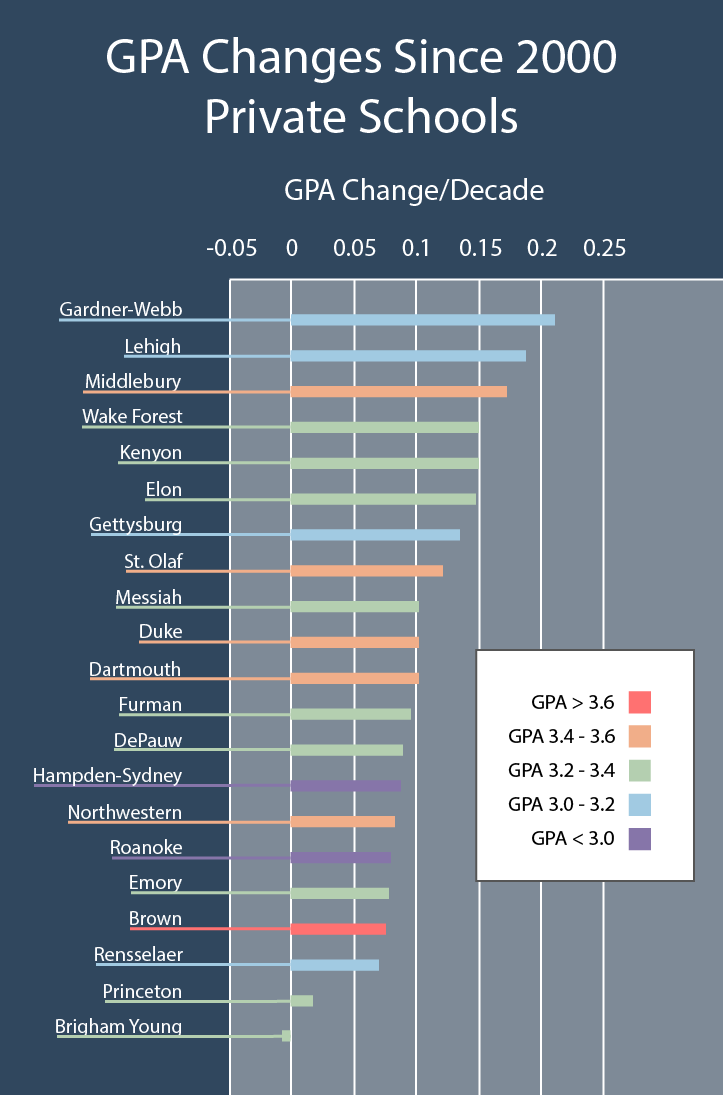 Based on the findings, both public and private schools have seen an average GPA change of 0.10 points per decade since 2000.

Think Impact has analyzed average GPAs based on gender. They estimate that female students have a higher high school GPA (3.1) than male students (2.9).

The percentage of female graduates who finished below a standard curriculum decreased by 38 percentage points. By 2009, this percentage had gone down to 23%, compared to 61% in 1990.

What’s the difference between GPAs in high school versus college? 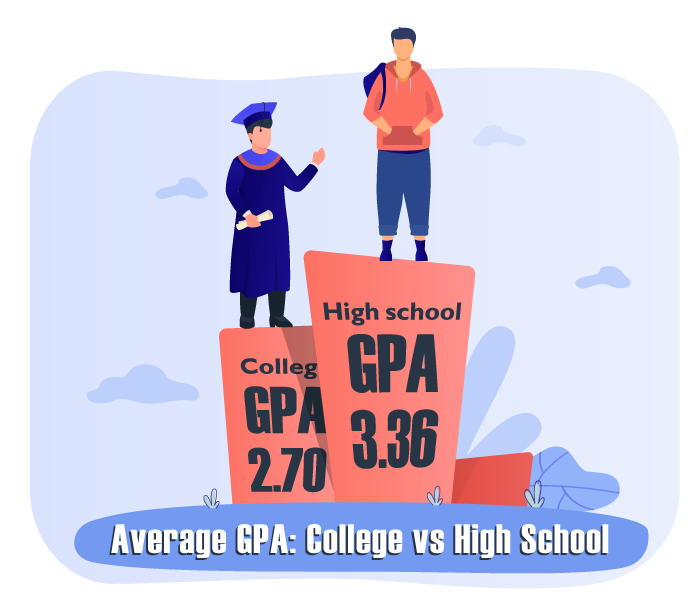 The results show that it’s common for students to earn lower grades in college than in high school.

What is a good high school GPA to get into college?

Admissions officers look for a high school GPA of 3.5 and above, but this varies from college to college.

What is a good high school GPA to get into an Ivy League college?

Most Ivy League schools admit students with GPAs close to 4.0.

What is the highest GPA you can get?

A 4.0 GPA is the highest possible score a student can get. This score means that a student received A grades in all of his or her classes.

A student’s average GPA is an indication of their overall academic standing. GPA is an important factor in the college admissions process.

After a student graduates from college, GPA is also a consideration in the hiring process of most companies. An employer may look at a student’s GPA as an indication of whether they are hardworking and determined.