Do you wish you had a better relationship with your children?

Maybe your children don’t communicate much with you. They spend most of their time in their room, glued to their smartphone or computer.

Maybe they also lack motivation – except when it comes to social media and gaming.

If this describes your children, don’t despair. In this article, I’ll share with you specific ways to improve the situation.

I’ve spoken to and worked with 20,000 pre-teens and teens, and they’ve confessed to me why they behave this way.

Want to know the reason?

It’s because of the way their parents talk to them.

Of course, the parent-child relationship is a two-way street. But if parents stopped saying certain things, children would become more communicative, respectful, and responsible.

Have you ever said any of the following to your children?

When you use the phrase “You always …” or “You never …” your children will become defensive. The conversation may then turn into an argument.

After all, there probably have been times when your children did wake up on time, submit their homework before the deadline, or put their clothes in the laundry basket.

So try this approach instead.

State objective facts that your children can’t refute. For instance, you could say to your child: “Over the past week, you’ve woken up late three times, by more than 20 minutes each time. This is an issue we need to resolve.”

By citing specific examples, you and your children will have a more fruitful discussion.

2. “You should be ashamed of yourself.”

The aim isn’t to guilt your children into changing their behavior. Rather, the aim is to coach them to make decisions based on the right values and principles.

Instead of saying “You should be ashamed of yourself,” process the situation with your children.

Help them to see what alternatives they could have considered, so that they’ll make the right choice in the future.

Studies indicate that, in healthy relationships, the ratio of positive comments to negative comments is roughly 6:1.

Unfortunately, I’ve observed that in many families this ratio is reversed. In these families, the negative comments far outnumber the positive ones.

As such, the home environment is tense, and sometimes hostile.

So it’s better to praise your children once in a while than not at all. But the kind of praise matters too.

Telling your children “Good job!” is too general. What exactly did they do that was commendable?

For praise to be meaningful, it must be specific.

Here are some examples of specific praise you could give your children:

The more you acknowledge your children’s good behavior, the more they’ll display that behavior. It’s hard for your children to answer these questions in the heat of the moment. What’s more, your children will feel accused or threatened, so they’ll be more likely to lie.

Try asking “What happened?” instead.

For example, you might say: “Your teacher called to say that you skipped school yesterday. What happened?” There might be a legitimate reason, so don’t jump to conclusions.

This one is similar to Phrase #4.

To understand your children’s perspective, say this instead: “What was going through your mind when you did that?”

If you say this calmly, you’ll have a better chance of getting to the root of the problem.

You might say this out of exasperation, especially when you feel disrespected.

But from your children’s point of view, they may not think they’re being disrespectful at all. As children explain their opinion, they sometimes don’t realise that they’re being rude.

As such, telling them not to argue with you seems unreasonable.

I’m not saying you should tolerate all rude behavior, but I am saying that children need to know that their opinions count.

So refrain from saying “Don’t argue with me.” Rather, maintain your composure and ask gentle questions to get to the heart of how your children feel.

This phrase is the cousin of Phrase #6, and it’s just as ineffective.

Children want to understand the rationale behind family policies. If they don’t, they won’t follow those policies – at least, not willingly.

So take the time to explain the logic to your children. I recommend that you get into problem-solving mode with your children. Brainstorm other possible solutions, and write them down as you go along.

Your children might just come up with ingenious ideas you hadn’t even thought of!

It’s tempting to say this when your children make a mistake that you’d already warned them about.

But resist this temptation. Your children know they’ve messed up, so don’t rub it in.

Discipline your children if necessary. But before you do that, process the situation with them. Remind them that you’re there for them, and that you love them.

After all, it’s when your children have made a mistake that they need your reassurance and support the most. They don’t need you to tell them “I told you so.”

Well-meaning parents say this to encourage their children to make a certain decision.

But when children hear this phrase, they immediately think to themselves: “Well, you’re NOT me!” They proceed to tune out the rest of the advice their parents provide.

What’s the better way of getting through to your children?

Share your feelings. Talk about where you stand on the matter. And make it clear that you want to hear your children’s perspective too. Ask them thoughtful questions, and really listen to their responses.

This is the only way to reach an agreement that both you and your children will find reasonable. 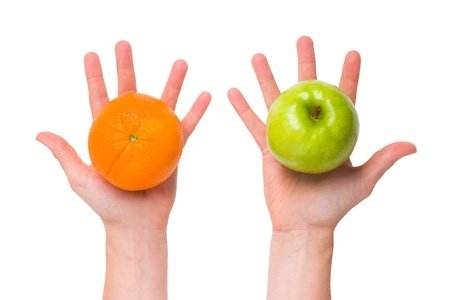 What’s the most common piece of parenting advice you’ve heard?

In all likelihood, it’s “Don’t compare.”

But as a parent, it’s so hard not to compare.

When you compare, however, your children feel as if your love for them is based on their behavior or performance. They feel as if you would approve of them more, if only they were more like their brother/sister/cousin/friend.

So remind your children that you love them exactly the same, no matter what they do. But at the same time, encourage them to pursue excellence.

As a parent, you’ve gone through childhood and adolescence. Which means you’ve experienced betrayal, rejection, and disappointment.

But just because you’ve gone through a similar experience to your children doesn’t mean you know how they feel.

Tweens and teens say to me, “Times have changed. My parents don’t understand how different things are today compared to when they were growing up.”

Do your best to see things from your children’s point of view. Step into their shoes. Try out their games and hobbies. Listen to their favorite music. Get to know their friends. And listen respectfully when they share their thoughts and feelings.

The indirect aim of saying this is to spur your child to become more grateful, hardworking, or disciplined.

But this approach doesn’t work.

Children are all too aware that things today are far different from 30 years ago, so they can’t relate to your experiences.

When you share your experiences, do it such that they understand you better – not as an attempt to coerce them into better behavior.

I like this insightful saying by Ann Landers: “It’s not what you do for your children that matters most. It’s what you teach them to do for themselves.”

In other words, parenthood is about helping your children to take full responsibility for their lives.

When you say “I know what’s best for you,” you’re exerting your parental authority. But you’re also missing out on an opportunity to let your children take ownership of the situation.

As long as your children aren’t in physical danger, I encourage you to let them make mistakes. That’s the only way they’ll acquire real-world knowledge and wisdom. By saying this, you’re invalidating your children’s feelings. Over time, your children may start to suppress their feelings. They may even have trouble expressing their emotions.

I’ve seen this happen for many of my clients.

Instead of telling your children that they shouldn’t feel a certain way, empathize with them. Teach them to label their feelings and acknowledge them.

This way, your children will learn to manage their emotions, rather than ignore them.

Parents say this in the hope of inspiring their children to work harder. But this approach isn’t effective.

Because children will internalize the fact that they’re the type who doesn’t “live up to their potential.” They may begin to see this as a permanent trait.

Some of my clients share with me that they don’t see a reason to change their attitude, since they’ve already been labelled “lazy” or “unmotivated.”

A lack of motivation usually stems from unmet emotional needs. So offer your children help and support – not harsh criticism. And if you’re unable to get to the root of the issue, don’t be afraid to seek professional help.

If you feel like you’re having trouble communicating with your children, you’re not alone.

But rest assured that improving your parent-child relationship isn’t complicated.

All you have to do is stop saying the 15 things mentioned in this article, and you’ll see changes in the relationship. Little by little, your children will become happier, more motivated, and more responsible.

It’ll take time and effort, but it’ll be worth it.

Today’s the day to get started.

An earlier version of this article first appeared on Yahoo!.