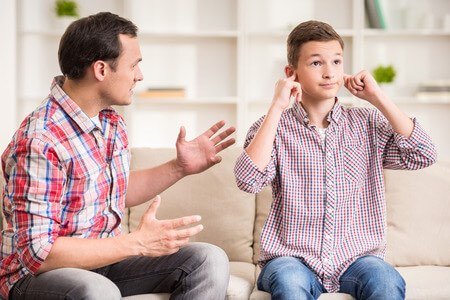 You love your children and want them to grow up to be happy, successful adults.

But some days you’re not sure how to make that happen.

Sometimes you fear that something you’re doing or saying will mess them up permanently.

The even better news is that you don’t have to discover these mistakes for yourself.

I’ve worked with thousands of children and teenagers, and they’ve told me the mistakes their parents have made.

Here are 20 unintentional ways parents mess up their children, so start avoiding these behaviours today!

Mistake #1: Frequently tell them that they’re not living up to their potential

Parents often mean well when they say this. They think it’ll encourage their children to work harder and become more focused.

Unfortunately, it has the opposite effect. It makes children feel like a failure.

It also makes children feel as though their parents only love them when they’re successful or working hard.

A more effective approach is to encourage your children to self-reflect.

Mistake #2: Scold them harshly when they make unintentional mistakes

But when your children accidentally spill their juice or drop a plate, it’s important not to overreact.

Doing so can cause them to develop a fear of failure. They may start to think that making mistakes is bad.

But in truth, making mistakes is the way we learn.

So when your children make a mistake, stay calm and say something like, “It was an accident. Let’s clean it up.”

Mistake #3: Continually point out their flaws 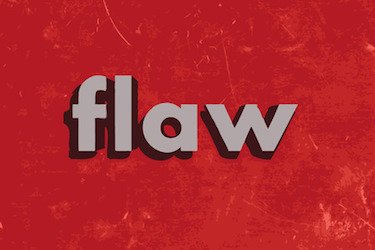 Some parents continually point out the flaws in their children.

They say they’re too messy, they’re irresponsible, or they don’t work hard enough.

Constant criticism results in a serious reduction in self-esteem. The children may start to believe that they’re not good enough, and will never measure up to expectations.

To motivate your children, try a little inspiration instead.

Tell them what they’ve done well. When you notice their efforts in a specific area, they’ll feel good about themselves.

As such, they’ll be more likely to repeat that behaviour in the future.

Mistake #4: Overemphasise the importance of academics

Academic performance is important, but it’s not the only thing that matters.

Constantly asking, “Have you finished your homework?” is perceived as nagging. It won’t result in better grades, and your relationship with your children will suffer.

Instead, focus on strengthening your relationship, and on helping your children to develop a healthy self-esteem.

You want your children to become independent, confident, and resilient adults. So foster their confidence and they’ll be able to lead meaningful and successful lives.

Mistake #5: Praise them too much

Praise is important, but it’s a tricky thing.

Too much praise can give children a distorted sense of self. Your children may start to feel like they’re entitled to many things in life since they’re so “special”.

General praise isn’t helpful either. Saying things like “Good job” or “Well done” is too broad.

In order for praise to be effective it needs to be specific, so your children know exactly what they’ve done well. That way they can repeat the action in the future.

Try saying things like, “Thanks for taking the clothes out of the washing machine. That really helped me.” Or “You worked really hard on that paper. You should be proud of yourself.”

Mistake #6: Neglect your spouse and marriage

You might not realise it, but your marriage is critical to your children’s upbringing.

Children need to feel safe and secure. One of the best ways you can make them feel that way is to have a loving, supportive relationship with your spouse.

If you neglect your spouse and marriage, your home environment is likely to become tense.

No matter how well you might think you’re hiding it, your children will know. They may even start to avoid being at home.

Mistake #7: Talk as if you always know better than them And let’s face it, your children probably know more about the latest apps, technology, and pop culture than you do.

They have their own experience and perspective, and they deserve to be treated with respect.

If you take a humbler approach, and are willing to learn from them, you’ll find that your relationship will become much stronger.

Mistake #8: Don’t show an interest in the things they care about

Sometimes the things our children care about seem insignificant. Like the latest “who doesn’t like who” classroom drama, or the coolest social media app.

These things are insignificant to us, but they’re incredibly important to our children.

When parents don’t show an interest in the things their children care about, they feel dismissed. They may assume that we’re not interested in their lives – even though that’s not true.

They become far less likely to turn to us when they need help.

Mistake #9: Protect them from the consequences of their actions

When children forget their homework or their wallet, it’s tempting to fix the problem for them.

Doing this occasionally is fine, but doing this too often can cause significant problems. Children need to learn to deal with the consequences of their actions and learn from their mistakes.

As adults, no one protects us or bails us out. We’re forced to take full responsibility for our actions.

Children learn to take responsibility when we allow them to accept the consequences of their actions. Protecting them can rob them of this valuable experience. Eating together even a few times a week can reap big rewards.

Regular meals together can also lower the risk of:

If you want your children to reap these physical, mental, and emotional benefits, aim to have a family meal at least three or four times a week.

Mistake #11: Talk negatively about your spouse in front of them

Try not to talk negatively about your spouse in front of your children, as this is both unsettling and worrying for them.

While you don’t have to agree on everything, your children need to know that you and your spouse are a strong, united couple. They need to believe you have a committed, loving relationship.

If not, they may start to play one parent off against the other.

Mistake #12: Try to fulfill your unfulfilled dreams through them

Your children are not an opportunity to fulfill your unfulfilled dreams.

They’re individuals, not extensions of you. They may have many of your traits, but that doesn’t mean they have to follow your dreams.

They need to follow their own dreams and live their own life. As parents, it’s our role to support them to fulfill their dreams – not ours. 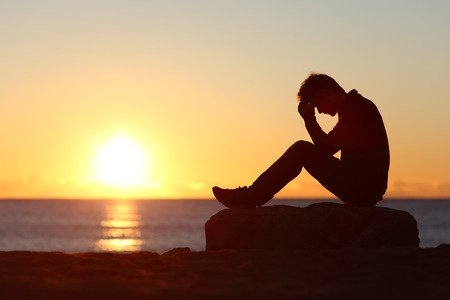 Some people think it’s appropriate to use shame as a form of punishment. They may embarrass their children in public when they’ve done the wrong thing.

This isn’t an effective way to teach children to behave, and it leads to emotional scarring. It’s also likely to result in the children repeating this behaviour.

Intentionally shaming your children is hurtful, so explore alternative methods of disciplining them.

Mistake #14: Don’t set boundaries for them

Do you ever feel like your children argue with you about everything? It’s as though everything you say needs to be disputed.

You ask them to tidy up some of their things and they say, “I’m busy. I’ll do it later.”

You ask them to do their homework and they say, “I have the whole weekend to do it. Why do I have to do it now?”

No matter what you do, they still want more freedom and independence.

But boundaries are important. You can rethink some rules as they get older, but stick to the important ones.

Despite the way it may seem, your children need these limits!

Mistake #15: Refuse to apologise when you’ve made a mistake

One of the biggest things that anyone can do is to apologise for making a mistake. It takes courage, but it shows you care and that you know – and do – the right thing.

Even if you’ve had a disagreement and your child said things that were disrespectful, you probably had a part to play too. After all, it takes two hands to clap.

Apologising for the things you said or did sends your child a powerful message. It shows that you’re prepared to do the right thing.

It also strengthens your relationship and heals the pain caused by the argument.

Mistake #16: Treat each of your children equally, instead of focusing on how unique each child is to you

How many times have you heard something like, “It’s not fair – she has more juice than I do!” Or maybe, “He has more pancakes than me!”

If you have more than one child, it’s tempting to make everything equal. The problem is that this doesn’t make them feel as though they’re equal.

Instead, give each child what he or she needs.

When they complain they didn’t get the same amount of juice, you can tell them they’ll get more if they need more.

Focus on their individuality and show them that they’re special and unique to you. Let them know that there’s no one else like them in the whole world.

Mistake #17: Don’t involve them in the process of setting rules and boundaries As your child gets older and more independent, it’s reasonable to involve them in setting rules and boundaries.

This doesn’t mean you have to let them get their own way. It means that you don’t just lay down the law or announce the rules without any discussion.

Instead, involve them in the process as much as possible.

Involving them in the decision-making process lets them know they have a voice, and their needs have been heard.

It helps them to weigh the pros and cons of the situation, and gives them real life examples of how people negotiate.

Mistake #18: Speak too much and listen too little

One of the biggest mistakes parents make is to lecture, give advice, or criticise, instead of listening and understanding.

Many parents think they’re listening to their children, but their children disagree. The key is not just to listen, but to help them feel heard.

Because your children won’t change their behaviour unless they first feel understood. So you need to respect their views and opinions, and show them that you’re listening.

Mistake #19: Ignore or downplay their feelings

Sometimes parents say things to their children like, “There’s no need to feel sad” or “There’s no reason to cry.”

It’s important to acknowledge feelings, and to teach your children that all feelings are acceptable – but that not all actions are.

Mistake #20: Focus too much on rules while neglecting the relationship Rules and boundaries are certainly important, but relationships matter more.

The rule is important, but is it worth damaging the connection you have with your child?

Don’t throw out the rule book, but do maintain a balance. Foster a strong parent-child relationship, and your children will grow up to be happier and more successful.

If you’ve made some of these mistakes, don’t feel too discouraged.

After all, great parents are always learning, growing, and improving.

Make a note of the errors you’ve been committing, and make a firm decision to change your behaviour.

All you have to do is take action – there’s no better time like the present!