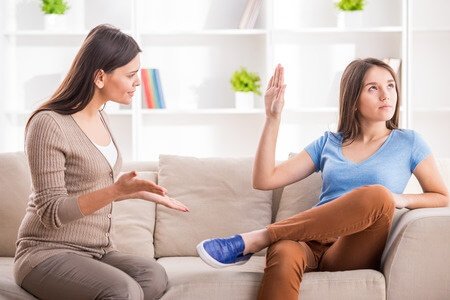 Wouldn’t it be great if your children were motivated and independent learners?

That way, you wouldn’t have to nag or scold them to do their homework.

Parents often tell me how frustrated they are that their teens hate school.

They’re also concerned that this lack of motivation will carry over to other areas of life.

The problem is that parents often demotivate their children unintentionally.

Here are 10 of the most common mistakes parents make – so do your best to avoid them in your home.

Get your FREE copy of

16 Keys to Motivating Your Teenager.

The e-book has already been downloaded by

many thousands of parents, so don't miss out!

Mistake #1: Give your children too many rewards based on achievement or behaviour

This is a trap that many parents fall into, and for good reason. The first time you try it, it seems to work.

You might tell your children that you’ll pay them a dollar each time they get more than 85% for a class test. This seems to work because they start studying harder.

You think to yourself, “Great. Problem solved!”

Then a few weeks later you realise their motivation has waned. They complain that getting a good grade deserves more than one dollar.

An argument breaks out, and you find yourself justifying the price. You even explain that studying hard is their basic responsibility as a student.

If this describes your situation, you’re not alone.

Many studies show that rewards and punishments work in the short term, but not in the long term.

(Read on to find out what other approaches you can try instead.)

Mistake #2: Overemphasise the importance of academics 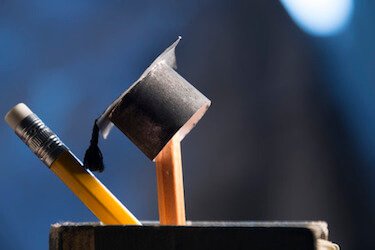 Parents think that emphasising the importance of academics will motivate their children to work hard.

The problem is that this approach doesn’t turn your children into lifelong learners.

Learning isn’t just about getting good grades. It’s also about enjoying the process.

When children enjoy learning, they become motivated to keep on learning.

Grades can affect your job prospects, but many great leaders weren’t great students. Unfortunately, many of the students I’ve worked with tell me that their parents seem to think that grades are the only thing that matters.

We now know that there are many different types of intelligence and that the education system only measures some of these.

All parents would agree that social skills, character development, and learning to relax and reflect are also important areas of focus.

Parents must value and respect their children’s activities. Dance and sport can improve kinaesthetic intelligence, and games and discussions can boost intrapersonal intelligence.

These are vital skills for children to learn and carry with them through life.

Mistake #3: Supervise your children too closely

When children have the opportunity to plan their own work and take responsibility for their actions, they become more mature and wise.

They also develop independence and organisational skills that will benefit them in school and beyond.

Children who take responsibility for their actions come to understand that they have control over their life. They learn that they have the ability to create their own success in school and beyond.

Let your children know you’re there for them if they need support. But make it clear that they shouldn’t look to you for all the answers.

If they need help, provide strategies they can use to find the answers themselves.

Parents who think of themselves as facilitators rather than supervisors foster self-sufficiency in their children.

Mistake #4: Fail to create a family culture of learning 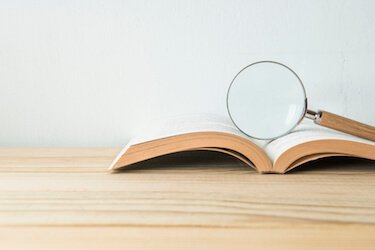 Children are observational learners, so family culture has a big influence on your children’s mindset.

When it comes to your children’s learning, one of the most effective things you can do is to create a family culture of learning.

If your children see that you enjoy acquiring new skills and knowledge, they’re more likely to enjoy learning too.

Show your children how fun it is to be a lifelong learner, so they’ll see the value of education beyond grades.

It’s common for power struggles to develop at home.

They often happen over homework or what time the children wake up for school.

If this is happening in your family, take a step back and analyse the situation.

Often, the root of the problem is related to the parent-child relationship.

After all, you know that the more you nag, the less it will help the situation.

The better approach is to focus on rebuilding the relationship and your child’s sense of self-worth.

A strong parent-child relationship brings many advantages. In fact, Shawn Anchor, author of The Happiness Advantage, has found that the brain functions more optimally when you’re feeling positive.

Mistake #6: Set rules without first discussing them with your children No one likes to feel powerless or as though they have little control over their lives.

Think about how you’d feel if you were told what to wear, how much TV you could watch, and when you could use your phone.

It’s reasonable to have rules at home, but I recommend that you first discuss them with your children.

Workplaces that introduce strict rules without consulting their staff often find that their staff have started to rebel.

You can avoid a mutiny at home by bringing up the matter with your children before laying down the law.

Whenever possible, have a brainstorming session where you share your concerns with your children.

Your children may even propose better guidelines than you could have thought of, so be sure to listen to their opinions.

Taking this approach will mean less frustration for everyone involved.

In addition, your children will be more likely to adhere to the rules in the long run too.

Mistake #7: Overemphasise the importance of achievement instead of contribution

Schools tend to emphasise the importance of academic results. This is a practical aspect of the education system, but grades aren’t everything.

Parents must emphasise to their children that life is about much more than grades or accomplishments.

It’s about acquiring skills and knowledge so that they can make a difference in the world.

Children can start to develop this mindset by doing something like volunteering to tutor younger students. This type of experience will show them that their knowledge can be used to help others.

As a result, these children will begin to have a greater sense of purpose. They’ll begin to look beyond themselves and be less inclined to obsess over their achievements.

Mistake #8: Talk as if your children are never putting in enough effort These parents have good intentions, but their actions cause their children to feel as if there’s no point in giving their best effort.

The children may even feel as though they’ll never be good enough to meet their parents’ expectations.

Telling your children that they’re not putting in enough effort reduces their motivation.

Try some inspiration and positivity instead.

Remind them of when their efforts paid off and help them to reflect on their behaviour in a non-judgmental way.

It’s important to foster a strong sense of self-worth in your children so they know they have the ability to succeed if they try hard.

Mistake #9: Fail to acknowledge your children’s progress and good behaviour

Your children care about what you think, whether they show it or not.

When you acknowledge your children’s efforts and progress, they’ll feel more motivated.

Telling them that you appreciate that they fed the dog without being asked, or that they made their own lunch for school, encourages them to repeat the behaviour.

Even if they didn’t quite achieve what they set out to, focus on the progress they made.

Let them know that you see an improvement in their handwriting from all their practice, or that you’re proud of them for submitting their homework on time.

Avoid focusing on their abilities and intelligence. Instead, emphasise things related to their attitude and effort. This will lead to more sustained motivation down the road.

Mistake #10: Focus on your children’s behaviour without getting to the root of the problem Parents often focus on their children’s bad habits or behaviour without digging deeper.

When children aren’t working hard enough or are behaving poorly, there are usually other factors at play.

Children who feel discouraged, overwhelmed, or worthless usually feel that they don’t deserve to be treated kindly.

They go out of their way to behave badly because they feel terrible about themselves.

This cycle is like a form of self-harm. It’s like the child is saying, “I don’t deserve to be loved, so I’ll behave badly. That way I’ll get what I deserve.”

Focusing on the behaviour doesn’t help; the underlying issue must be addressed.

Show your children that you’re always ready to listen. When they eventually share their struggles, you’ll be able to get to the heart of the issue and solve the problem.

We parent our children while we’re rushing out the door in the morning, or trying to get everyone fed.

As such, it’s easy to make the sorts of mistakes that demotivate our children.

Instead of feeling guilty, take action. Review the list of mistakes in this article once more, and identify the ones you’ve been making.

Take a few minutes to create an action plan.

How can you start motivating your children?

What steps can you take to inspire them to be their best?

How can you demonstrate the behaviours that you want to see in your children?

As you implement your plan, you’ll see improvements in your parent-child relationship and in your children’s behaviour too.

It’ll take work on your part, but it’ll be worth it!

Get your FREE copy of

16 Keys to Motivating Your Teenager.

The e-book has already been downloaded by

many thousands of parents, so don't miss out!