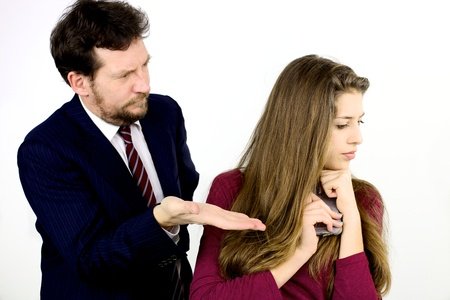 Is there tension in your parent-child relationship?

Or is it hard for you to communicate with your child?

If so, don’t be discouraged.

We all try our best as parents, but things aren’t always smooth sailing.

I’ve spoken to and worked with more than 20,000 tweens and teens. I’ve seen first-hand how easily parent-child relationships can be damaged.

Here are seven ways that parents hurt the relationship with their child – so avoid doing these at all costs.

1. Tell your child that he isn’t living up to his potential.

Do children feel motivated when they hear things like these? Unfortunately, they don’t.

Children share with me that when they’re told they’re not living up to their potential, they’re uninspired to improve.

This causes resentment, which hinders them from even wanting to change their behavior.

Instead of focusing on your child’s untapped potential, acknowledge his good behavior. For example, if you observe that he’s been more diligent in his school work (even if it’s just a tiny improvement), acknowledge this change. You could say, “I notice you’ve been more focused recently.”

Or if he’s kind toward his younger sibling, compliment him by saying, “That’s thoughtful of you.”

The more attention you pay to your child’s good behavior, the more that behavior will multiply. Gradually, your parent-child relationship will improve too.

2. Make your child feel as if your love is conditional. Many parents do this unintentionally by overemphasising the importance of grades.

In fact, children often say to me, “I feel as if my parents love me more when I do well in school.”

Parents of these children would claim that their love is not dependent on their children’s grades. But this isn’t the message the children hear.

Given his harsh attitude, I’m not surprised that his children are not hardworking or obedient.

If you want your children to find long-term success and fulfillment, remind them that your love for them is unconditional.

3. Bring up incidents from the past.

In the heat of the moment, it’s easy to bring up unpleasant incidents from the past: that time your child lied, behaved disrespectfully, betrayed your trust, or got in trouble at school.

When parents do this, it causes bitterness and resentment.

It may sound clichéd, but let bygones be bygones. This is especially important when it comes to the parent-child relationship.

If you do bring up an incident from the past during an argument, apologize to your child.

My experience tells me that these are the most powerful words you can say to a child: “I’m sorry, I was wrong. Will you forgive me?”

4. Continually criticize or nag your child. We want our children to grow up to be polite, honest, kind, resilient, and successful. So it’s natural to criticize them whenever their current behavior isn’t aligned with who we want them to become.

As such, parents nag their children about their …

But constant criticism rarely accomplishes anything besides damaging the parent-child relationship. I’ve even heard parents criticize their children by calling them “lazy” or “unmotivated.”

When children are given such negative labels, they’ll continue to live up to their reputation as “lazy” or “unmotivated.” After all, there’s no reason for them to change, because their parents have already formed this strong opinion of them.

Acknowledge your child’s good behavior (see Point #1) and give her positive labels. This way, she’ll have a good name to live up to.

Over time, your relationship with her will improve, as will her behavior.

5. Talk down to your child.

From the time your child was born, you’ve been his primary caregiver. You’ve changed his diapers, made his milk, bathed him, given him food, taken him to school, wiped away his tears … and much more.

As your child gets older, it’s easy to feel as if you know better than him in every area. Although you may sometimes be right, talking down to him isn’t effective.

Avoid saying the following, which your child will perceive as condescending:

Use the top-down approach sparingly. Instead, ask for your child’s opinion and seek to understand his perspective.

With this kind of mutual respect, your parent-child relationship is sure to improve.

6. Be unavailable to your child. We live in a competitive, fast-paced world. So parents must make an intentional choice to be available to their children.

If you’re constantly busy with work and other commitments, your children may feel neglected. This makes it difficult to build a strong parent-child relationship.

What are some ways to become more available to your child?

Here are some suggestions:

The more available you are to your child, the less likely it is that she’ll withdraw or rebel.

7. Make assumptions and jump to conclusions.

Doing this is the quickest way to destroy your parent-child relationship.

Here are two examples of parents making assumptions and jumping to conclusions:

Jane fails her science exam for the second time in a row.

When Jane breaks the news to her parents, they exclaim: “Why didn’t you study for the exam? I don’t know how you became so lazy.”

One Saturday night, Benjamin comes home two hours after his curfew. This is the third time he’s broken his curfew.

Once he opens the front door, his parents fly into a rage: “You forgot about the time, didn’t you? What trouble were you up to with your friends?”

These examples might seem like exaggerations, but based on what tweens and teens share with me, they aren’t. In fact, some parents make even more far-fetched assumptions.

What might have actually happened in the examples above?

In Example 1, Jane may have studied extremely hard, but she may have blanked out during the exam. In addition, she may lack the organizational skills necessary for academic success. (This is the case for many of the students I work with.)

In Example 2, Benjamin may have needed to rush his friend to the hospital because of a medical emergency. He may have forgotten to bring his phone with him, so he couldn’t contact his parents to inform them. (This is a real story I heard.)

So don’t make assumptions or jump to conclusions. Give your child the benefit of the doubt, at least until you’ve heard her side of the story.

This will help to develop a trusting parent-child relationship, where the lines of communication remain open. 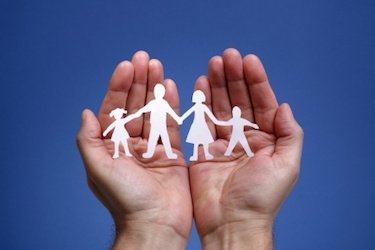 If you realize you’ve been making some of the mistakes listed in this article, don’t be too hard on yourself.

It takes two hands to clap, and your child also has a part to play in making the parent-child relationship work.

But as parents, we’re the leaders of our home.

So we must be proactive, humble, and courageous in cultivating a loving home environment.

As Dr. Gary Smalley once said, “Life is relationships; the rest is just details.”

Let’s get to work building strong family relationships. It’s the most important work we’ll ever do.

An earlier version of this article appeared on Yahoo!.